Prowling the mountains of Russia, Pakistan, and India, the snow leopard sums up the sheer power and beauty of every big cat in the world. Nepalese myths of the snow leopard range from it being the “fence” of the crops (herds of livestock would roam freely, destroying crops, if it weren’t for the leopard), to being the “dog” that would be sent to kill livestock when the mountain god became angry. The snow leopard portrays such beauty that it was, and still is, considered to be the highest of sins to kill. It was believed that these snow leopards were reincarnates with the intention of redeeming their past sins, and it was thought that, by killing them, their sins would be transferred to you(1). Of course, the snow leopard is far more than a myth. It is a legend. 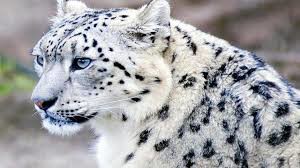 The snow leopard (Panthera Uncia) is far more unique than most leopard breeds. Although it sports the same vibrant spots as other leopards, its fur is a stunning white and it has a hint of blue in its eyes. But perhaps its most unique feature is its enormous tail. These magnificent cats rely on their agility to maneuver through the steep cliffs and rocks of the mountains, and a large tail can help them significantly with balance, speed, and support. These cats range from two to five feet in length and have a total population of approximately 4,080 (minimum). Their habitat is specifically the cold, high regions of mountains. (2) And let’s be sure to note that these creatures can land a jump of fifty feet!(3)

Now, we didn’t just fall off of the turnip truck, so to speak. We all know what tends to come of the beautiful creatures of Planet Earth, and the snow leopard holds no exception. Unfortunately, this cat also holds no exception to the cause of its endangerment: Humans. Although many killings of this animal are understandable, primarily driven by retaliation to the loss of livestock, many snow leopards are hunted for a different reason: Leopard furs don’t come cheap. However, one of the greatest reasons for their endangerment is habitat loss. As settlement continues to grow and expand, more and more of the snow leopards’ territory is invaded, destroyed, and then constructed upon.(2) A whopping two-thirds of these leopards’ habitat is severely threatened by climate change, and much of it is also threatened by mining operations.(4)

The Importance of the Snow Leopard

So what if the snow leopard goes extinct? What do I care? It’s quite simple, really. Like most big cats, the snow leopard is at the top of their respective food chain, bested only by humans, and they keep the populations of their prey under control. And, as we all learned in elementary school, what affects one link of one food chain will affect the entire food web. One by one, species will overpopulate and cause the extinction of other species, which will, in turn, eliminate the prey of another species, causing its extinction, and so on and so forth, until this cascade effect will begin to reach our own lives. Because the balance or imbalance of the food web both promotes and demotes certain species, based on predator-prey relations, the snow leopard not only keeps its prey from becoming over-populated but also keeps other species from becoming endangered by keeping their predators under control. Due to their crucial role in the balance of the food web, the snow leopard would be a dangerous loss and would spell some serious issues for us, as well as other species immediately, or even moderately, related to the snow leopard in the context of natural order.

If lost, the snow leopard could spell disaster; disaster that we simply can’t afford, and things aren’t looking good for the leopard. But hope is not lost. There are many ways for us to do our part in protecting our fellow inhabitants of Earth, including adopting a symbolic snow leopard, making simple donations, and supporting research projects of your own choice. These options and more can be found here, with the Snow Leopard trust. This creature was impaired by us, destroyed by us, and can now be saved by us. Which will you choose to do? 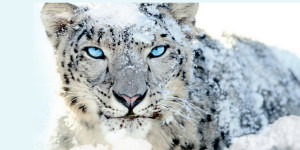